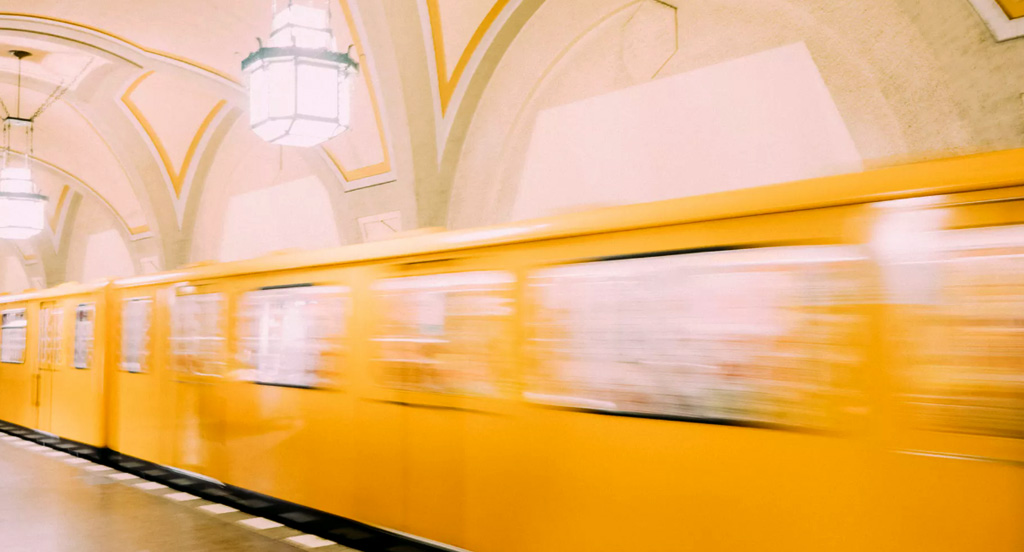 Since the start of 2019, equity markets have been on a relentless run, posting one all-time high after another.  As April came to a close, each of the benchmark indexes listed in the charts below posted strong monthly returns.  In fact, for several of the indexes, January to April 2019 was the best four-month stretch in many years.

Both the Nasdaq and S&P 500 reached new highs during the month, as investors were encouraged by a shrinking trade deficit, favorable economic projections, low inflation, and stable interest rates. The Nasdaq led the way, nearing a monthly gain of almost 5.0%, followed by the large caps of the S&P 500, the small caps of the Russell 2000, the Global Dow, and the Dow, which gained over 2.5% for the month. During April, consumers saw gas prices climb as oil prices continued to soar.

On Friday, the U.S. Commerce Department reported first-quarter GDP growth and it was a pleasant surprise, up 3.2% compared to expectations of around 2.3%. Going into the second quarter, company earnings were expected to decline by 4% due to slower global growth and the rolling off from the tax reform boost that companies benefited from in 2018. With about 250 companies of the S&P 500 having reported thus far, results have been better than expected. The combination of a ‘not as bad as feared’ earnings season and a Fed that seems to be out of the way for the foreseeable future, has helped power the market’s sharp recovery from last year’s fourth quarter selloff.

We remain concerned, however, about the combination of investor complacency and current valuations in the stock market. We believe the markets are now priced for perfection and given the extent of the rise over these past few months, a pullback or correction would not surprise us. We believe a degree of caution is prudent.

We believe markets are now priced for perfection. Given the extent of the rise over these past few months, a pullback or correction would not surprise us—a degree of caution is prudent.

A Look at the Numbers 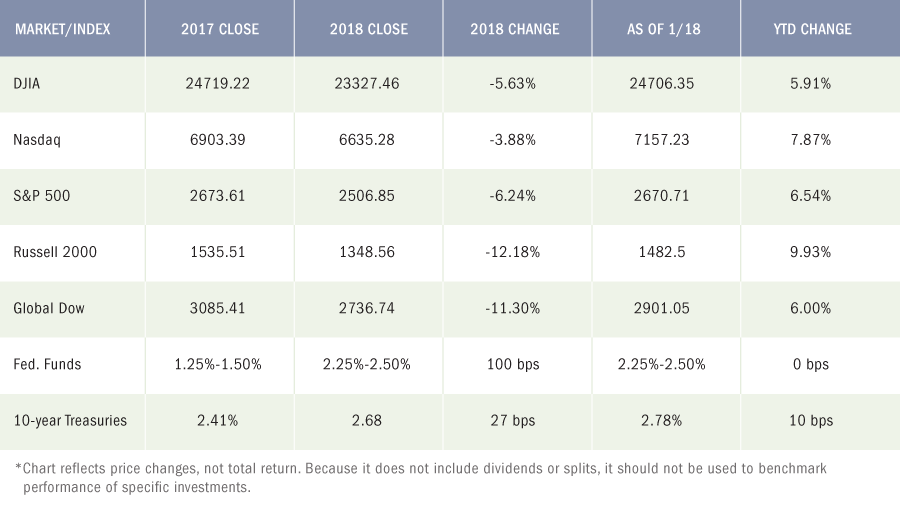 Total employment rose by 196,000 in March after adding only 33,000 (revised) in February. The average monthly job gain in the first quarter of 2019 was 180,000 per month (223,000 in 2018). Notable employment increases for March occurred in health care (49,000), professional and technical services (34,000), and food services and drinking places (27,000). The unemployment rate remained at 3.8% in March, and the number of unemployed persons also was effectively unchanged at approximately 6.2 million. The labor participation rate dropped 0.2 percentage point to 63.0% in March, while the employment-population ratio fell 0.1 percentage point to 60.6%. The average workweek increased by 0.1 hour to 34.5 hours for March. Average hourly earnings increased by $0.04 to $27.70. Over the last 12 months ended in March, average hourly earnings have risen 3.2%.

The Federal Open Market Committee meets at the end of April, with its report issued on May 1. The results of that meeting will be covered in the next monthly report. However, based on prior statements from the FOMC, rates are not expected to increase at this time.

The initial estimate of the first-quarter gross domestic product showed the economy grew at an annualized rate of 3.2%. The GDP expanded at a rate of 2.2% for the fourth quarter of 2018. Driving the growth rate increase was a surge in business investment, growth in exports, and a decrease in imports. On the other hand, consumer spending, as measured by personal consumption expenditures, rose 1.2% — notably down from the fourth-quarter rate of 2.5%. Also of note, business investment increased 2.7% and government purchases were a strong 2.4%. The federal budget deficit was $147 billion in March ($234 billion in February) and sits at $691 billion through the first six months of the fiscal year. Over the same period for the fiscal year 2018, the deficit was $600 billion.

According to the Producer Price Index, the prices companies received for goods and services rose 0.6% in March after climbing 0.1% in February. The index increased 2.2% for the 12 months ended in March, the largest 12-month rise since a 2.5% advance in December 2018. Once again, soaring energy prices drove the PPI. Excluding food, energy, and trade services, producer prices were unchanged in March from February.

The manufacturing sector continues to sputter in March, as industrial production edged down 0.1% after inching up 0.1% in February. Manufacturing production was unchanged in March after declining in both January and February. Total industrial production was 2.8% higher in March than it was a year earlier. On a more positive note, durable goods orders increased by 2.7% in March after falling 1.1% (revised) in February. Soaring commercial aircraft and motor vehicle orders drove much of the March gain. New orders for durable goods excluding transportation increased by 0.4% in March.

The latest information on international trade in goods and services, out April 17, is for February and shows that the trade deficit continues to shrink. For February, the goods and services deficit was $49.4 billion, down $1.8 billion from January’s figures, which were $8.8 billion lower than the prior month. February exports were up 1.1%, while imports rose by only 0.2%.

Canada’s GDP fell 0.1% in February from the previous month and is up 1.1% since February 2018. In light of this news, it is expected that the Bank of Canada will keep interest rates at their current level for what could be an extended period of time. Business surveys in China were not as positive as hoped for last month. Despite Beijing’s efforts to stimulate economic growth, manufacturing growth has been slower than anticipated. Eurozone inflation has been subdued for quite some time. However, Germany’s annual inflation rate, which grew to 2.1% in April, exceeded the European Central Bank’s target level. British Prime Minister Theresa May’s attempts to negotiate a Brexit deal with the Labour Party has not been fruitful so far. Presuming a stalemate with no internal agreement in place, Britain is likely to take part in next month’s European elections.

The Conference Board Consumer Confidence Index® jumped from 124.2 in March to 129.2 in April. Consumers’ opinion of current economic conditions improved in April, as did their short-term outlook. Overall, consumers expect the economy to continue to grow at a solid pace into the summer months.

Eye On The Month Ahead

The economy grew at a rate exceeding 3.0% in the first quarter, according to the initial estimate of the GDP. May’s GDP report will have more complete information and may show that growth wasn’t quite so robust, as consumer spending appears to be slowing. Nevertheless, the stock market could get a boost if exports continue to outpace imports and progress is made toward a trade resolution with China. Looking ahead, investors may see the Fed hike interest rates if the economy picks up steam.

You probably already know you need to monitor your investment portfolio and update it periodically. Even if you’ve chosen an asset allocation, market forces may quickly begin to tweak it. For example, if stock prices go up, you may eventually find yourself with a greater percentage of stocks in your portfolio than you want. If stock prices go down, you might worry that you won’t be able to reach your financial goals. The same is true for bonds and other investments.

Do you have a strategy for dealing with those changes? If you are a Premier Wealth Advisors – Managed Solutions client, you definitely do. If you are not, then you’ll probably want to take a look at your individual investments and while you are at it, you’ll also want to think about your asset allocation. Just like your initial investment strategy, your game plan for fine-tuning your portfolio periodically should reflect your investing personality, changes that have occurred in your life that may impact your financial priorities, as well as the market and economic environment.

The simplest choice is to set it and forget it — to make no changes. If you’ve allocated wisely and chosen good investments, you could simply sit back and do nothing. But even if you’re happy with your overall returns and tell yourself, “if it’s not broken, don’t fix it,” remember that your circumstances will change over time. Those changes may affect how well your investments match your goals, especially if they’re unexpected. At a minimum, you should periodically review the reasons for your initial choices to make sure they’re still valid.

To bring your asset allocation back to the original percentages you set for each type of investment, you’ll need to do something that may feel counterintuitive: sell some of what’s working well and use that money to buy investments in other sectors that now represent less of your portfolio. Typically, you’d buy enough to bring your percentages back into alignment. This keeps what’s called a “constant weighting” of the relative types of investments.

These materials were obtained from sources believed to be reliable and presented in good faith, nevertheless, First Allied has not independently verified the information contained therein, and does not guarantee its accuracy or completeness.

The information has no regard to the specific investment objectives, financial situation, or particular needs of any specific recipient, and is intended for informational purposes only and does not constitute a recommendation, or an offer, to buy or sell any securities or related financial instruments, nor is it intended to provide tax, legal or investment advice. We recommend that you procure financial and/or tax advice as to the implications (including tax) of investing in any of the companies mentioned.