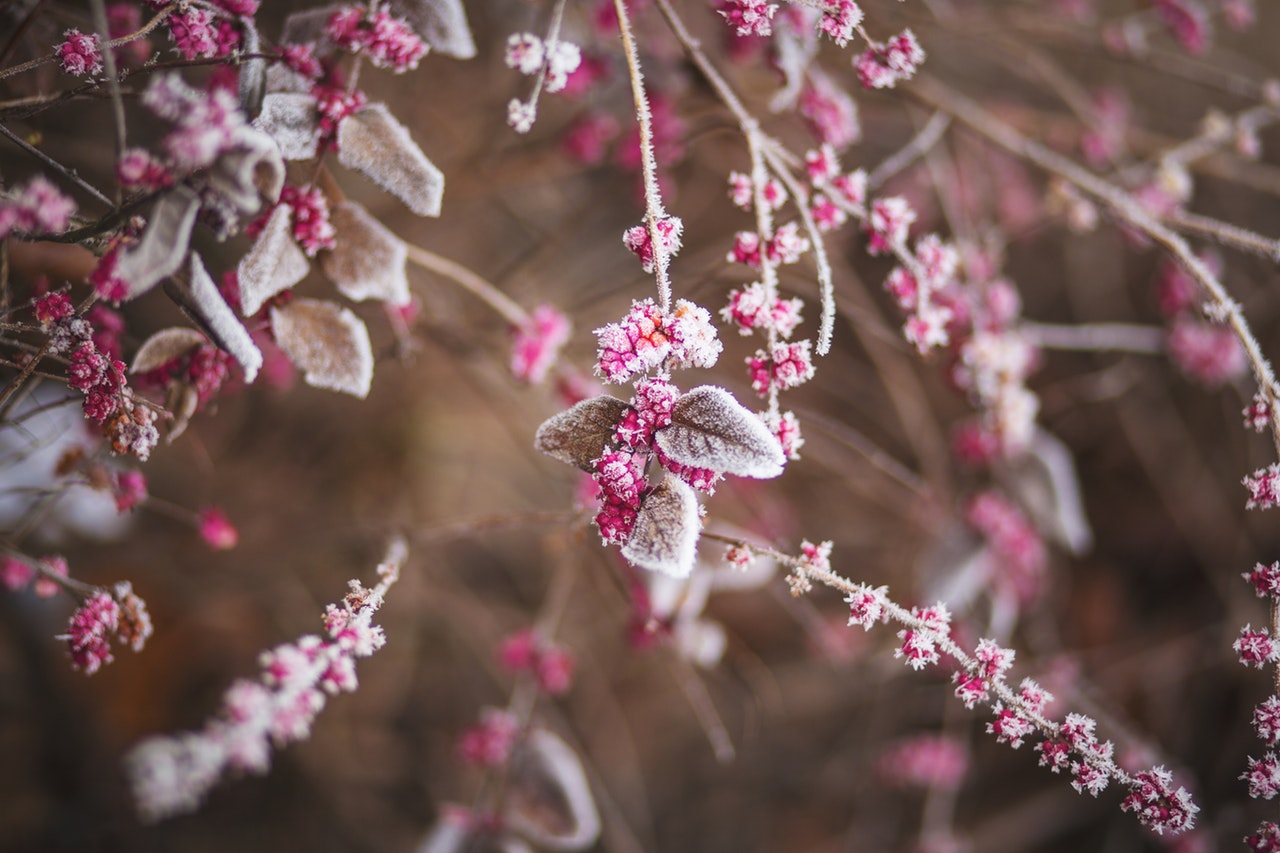 Today, the U.S. equity markets extended declines into a fourth day as investors continue to digest news about impending U.S. steel and aluminum tariffs. President Trump tweeted that when the U.S. is losing billions in trade with virtually every country we do business with, we will soon be starting reciprocal taxes to charge the same thing they charge us. Trump is facing anger from manufacturers and trade partners in China and Europe after announcing tariffs of 25 percent on imported steel and 10 percent on aluminum. The formal order is expected to be signed next week.

With this new development, we anticipate additional market volatility as the debate on the economic impact picks up steam and the specifics are analyzed. In a domino effect today, global equities spiraled lower, with the Stoxx Europe 600 down nearly 2%, Germany’s DAX reached a six-month low, while Japan’s Nikkei 225 sank 2.5%.

At Premier Wealth Advisors, we believe in investing for the long term and never call market turns. However, we do pay close attention everyday. Depending on your specific investment time frame and objective, volatility could create opportunities to re position portfolios, or possibly take some risk off the table. Now may be a time for a discussion to ensure that your strategy is in sync with your objective.

Looking back at the market and economy during 2016, one word comes to mind—resilience! Despite numerous surprises and negative headlines, the equity markets could not be held back.

Despite numerous positive economic signs, rising consumer confidence, and favorable corporate earnings reports, February marked the end of the 10-month winning streak for the benchmark indexes listed below. Concerns over rising inflation and interest rates triggered a notable sell-off early in the month and pushed volatility to the forefront. Although the indexes listed here recovered much of their early February losses to close the month ahead of their 2017 closing values (with the exception of the Russell 2000), stocks did not maintain the pace set last year into January. New Fed chair Jerome Powell’s bullish assessment of the economy last week pushed the yields on 10-year Treasuries to their highest rates in several years (bond yields rise as prices fall), giving investors more reason to believe multiple interest rate hikes are in the offing for 2018.

The month started slowly as the Dow dropped over 4.0%, while the Nasdaq, S&P 500, Russell 2000, and Global Dow each fell over 3.0%. Despite a partial recovery mid-month, it was not enough to push stocks past their January closing values. The Global Dow and the Dow each plummeted more than 4.0% month-over-month, followed by the Russell 2000 and the S&P 500. The Nasdaq lost almost 2.0%, yet remained far ahead of the remaining listed indexes year-to-date. Overall, February was the worst month for the large caps of the Dow and S&P 500 since January 2016.

Total employment rose by 200,000 in January following December’s upwardly revised total of 160,000. Employment gains occurred in health care, construction, food services and drinking places, and manufacturing. The unemployment rate remained at 4.1%. The number of unemployed persons marginally increased from 6.576 million to 6.684 million. The labor participation rate remained unchanged at 62.7%. The employment-population ratio was unchanged at 60.1% in January. The average workweek for all employees declined by 0.2 hours to 34.3 hours in January. Average hourly earnings increased by $0.09 to $26.74, following a $0.11 gain in December. Over the year, average hourly earnings have risen $0.75, or 2.9%.

The Federal Open Market Committee did not meet in February. The next meeting, the first under new chair Jerome Powell, is scheduled for March 20-21.

The second estimate of the fourth-quarter gross domestic product showed expansion at an annual rate of 2.5%, according to the Bureau of Economic Analysis. The third-quarter GDP grew at an annualized rate of 3.2%. Consumer spending rose 3.8%, with notable increases in durable goods spending (13.8%). As to the government’s budget, January’s deficit surged to $49.2 billion, compared to December’s deficit of $23.2 billion. The fiscal 2018 deficit (which began in October 2017) is $175.718 billion — an increase of $17.14 billion, or 9.6%, above the deficit over the same period last year.

Inflationary pressures continued to show upward momentum in January. The personal consumption expenditures (PCE) price index (a measure of what consumers pay for goods and services) ticked up 0.4% for January following a December gain of 0.1%. The core PCE price index (excluding energy and food) jumped ahead 0.3% in January. Personal (pre-tax) income increased 0.4% and disposable personal (after-tax) income climbed 0.9% over the prior month. Personal consumption expenditures (the value of the goods and services purchased by consumers) climbed 0.2% in January after jumping 0.4% the prior month.

The Consumer Price Index, which rose 0.2% in December, climbed 0.5% in January. Over the last 12 months ended in January, consumer prices are up 2.1%, a mark that hits the Fed’s 2.0% target for inflation. Core prices, which exclude food and energy, increased 0.3% in January, and are up 1.8% for the year.

The Producer Price Index showed the prices companies receive for goods and services also jumped 0.4% in January following no gain in December. Year-over-year, producer prices have increased by 2.7%. Prices less food and energy increased 0.4% for the month and are up 2.5% over the last 12 months.

Home sales continued to recede during the winter. Total existing-home sales dropped 3.2% in January after falling 3.6% the prior month. Year-over-year, existing home sales are down 4.8%. The January median price for existing homes was $240,500, which is 2.6% lower than the December 2017 price of $246,800. What may help spur sales is continuing inventory expansion for existing homes, which rose 4.1% in January, representing a 3.4-month The Census Bureau’s latest report reveals sales of new single-family homes also fell in January, declining 7.8% following a 9.3% drop in December. The median sales price of new houses sold in January was $323,000 ($335,400 in December). The average sales price was $382,700 ($398,900 in December). There were 301,000 houses for sale at the end of January, which represents a supply of 6.1 months at the current sales rate.

Industrial production edged down a bit in January, decreasing 0.1% compared to a downward-revised 0.4% increase in December. Manufacturing output was unchanged in January for a second consecutive month; the index has increased by 1.8% over the past 12 months. Capacity utilization for manufacturing was also unchanged in January, coming in at 76.2%, a rate that is 2.1 percentage points below its long-run average. New orders for manufactured durable goods fell 3.7% in January following a 2.6% revised December gain. For the year, new durable goods orders are up 8.9%.

The advance report on international trade in goods revealed that the trade gap increased in January from December, rising from $72.3 billion to $74.4 billion. Exports of goods for January fell 2.2% following December’s 2.5% gain. Imports of goods dropped 0.5% after rising 2.9% in December. Still, total imports ($208.3 billion) far exceeded exports ($133.9 billion). Prices for both imported and exported goods and services advanced in January. Import prices rose only 1.0% for the month, while export prices increased by 0.8%. For the year, import prices climbed 3.6%, while export prices jumped 3.4%.

The potential for rising inflation isn’t just affecting U.S. stocks but is being felt in other major world markets as well. The Stoxx Europe 600 Index dropped about 3.0% for February, as did the Nikkei 225 Index. While the European Central Bank has maintained its programs of quantitative easing, some hawkish officials are pushing for an end to the easing bias. China’s manufacturing output slowed in February, dragging stocks down in the aftermath. Strengthening of the yuan has curtailed China’s export growth, which also likely contributed to the manufacturing slowdown.

Consumer confidence, as measured by The Conference Board Consumer Confidence Index®, increased significantly in February after a modest increase in January. The index increased to 130.8, up from 124.3 in January. According to the report, consumer expectations in the economy reached a height not seen since November 2000.

Data sources: Economic: Based on data from U.S. Bureau of Labor Statistics (unemployment, inflation); U.S. Department of Commerce (GDP, corporate profits, retail sales, housing); S&P/Case-Shiller 20-City Composite Index (home prices); Institute for Supply Management (manufacturing/services). Performance: Based on data reported in WSJ Market Data Center (indexes); U.S. Treasury (Treasury yields); U.S. Energy Information Administration/Bloomberg.com Market Data (oil spot price, WTI Cushing, OK); www.goldprice.org (spot gold/silver); Oanda/FX Street (currency exchange rates). All information is based on sources deemed reliable, but no warranty or guarantee is made as to its accuracy or completeness. Neither the information nor any opinion expressed herein constitutes a solicitation for the purchase or sale of any securities, and should not be relied on as financial advice. Past performance is no guarantee of future results. All investing involves risk, including the potential loss of principal, and there can be no guarantee that any investing strategy will be successful.
The Dow Jones Industrial Average (DJIA) is a price-weighted index composed of 30 widely traded blue-chip U.S. common stocks. The S&P 500 is a market-cap weighted index composed of the common stocks of 500 leading companies in leading industries of the U.S. economy. The NASDAQ Composite Index is a market-value weighted index of all common stocks listed on the NASDAQ stock exchange. The Russell 2000 is a market-cap weighted index composed of 2,000 U.S. small-cap common stocks. The Global Dow is an equally weighted index of 150 widely traded blue-chip common stocks worldwide. Market indices listed are un-managed and are not available for direct investment. All third-party materials are the responsibility of their respective authors, creators, and/or owners. First Allied is not responsible for third-party materials, and the information reflects the opinion of its authors, creators, and/or owners at the time of its issuance, which opinions and information are subject to change at any time without notice and without obligation of notification. These materials were obtained from sources believed to be reliable and presented in good faith, nevertheless, First Allied has not independently verified the information contained therein, and does not guarantee its accuracy or completeness. The information has no regard to the specific investment objectives, financial situation, or particular needs of any specific recipient, and is intended for informational purposes only and does not constitute a recommendation, or an offer, to buy or sell any securities or related financial instruments, nor is it intended to provide tax, legal or investment advice. We recommend that you procure financial and/or tax advice as to the implications (including tax) of investing in any of the companies mentioned.